Coface presents its Insolvency study for 2013 for the CER region. The increase is due to the weak economic frame.

This economic picture was reflected in insolvency statistics with nearly 70,000 entities becoming insolvent in 2013. For all countries within the CEE region, excluding Hungary, the number of insolvencies increased on average by 9%. Bulgaria recorded the highest increase in insolvencies with 834 companies (+39%). This can be traced back to the decrease in the demand, the difficult access to credit and to the lack of programs supporting business activities. These actual data was announced today at the press conference of Coface with the participation of the Chairman of the Bulgarian Chamber of Commerce Tsvetan Simeonov.

"After the peak of insolvencies in 2013 for the first quarter of this year for Bulgaria we observe a decrease of 27%, but only in legal insolvencies. However, cases of non-payment, especially late payments increase, which has the potential to cause difficulties for all businesses in our country if we do not implement systematic solutions and measures for risk management" - noted Milena Videnova, Manager of Coface for Bulgaria.

"There are number of imperfections from a legal perspective in the field of insolvency in our country. It is necessary to take measures for decreasing the elements of subjectivity in the insolvency assessment of insolvency and for the shorten terms. We should make difference between the companies which insolvency is due to weak management or lake of  such and the other companies which do not have choice and are forced by objective reasons - they deserve a chance and new opportunity. We in BCCI work for changes in the business culture of the Bulgarian managers. When the business it is not working it is very important not to try to keep it life by all means but to stop activity or sell it on time, in order not to increase the debts. In this regard it is very important to make a preliminary assessment of the companies for indipendent experts as our partners from Coface Bulgaria“ - added during the press conference Tsvetan Simeonov, Chairman of BUlgarian Chamber of  Commerce and Industry.

This economic picture was reflected in insolvency statistics with nearly 70,000 entities becoming insolvent in 2013. For all countries within the CEE region, excluding Hungary, the number of insolvencies increased on average by 9%. Bulgaria recorded the highest increase in insolvencies with 834 companies (+39%). This can be traced back to the decrease in the demand, the difficult access to credit and to the lack of programs supporting business activities. Latvia is the bright spot in the CEE insolvency report with a shrinking number of insolvencies of 7%. This positive result mirrors the GDP growth of an estimated 4.6% and the rising private consumption of this Baltic country.

“The CEE countries have faced a challenging environment in their business activities in the course of last year. They suffered from low household spending but also experienced the Eurozone recession, the main trading area for most of them. The Czech Republic as a country strongly dependent on exports to the advanced EU countries confirmed that picture fully – both on a macro side with the two-year recession and on the micro side with insolvencies sharply rising by 26% in 2012 and then by 32% in 2013,explains Grzegorz Sielewicz, Economist Coface.

The economic framework continues to bear down on the construction sector

Subdued demand, decreased household spending and growing competition have a direct negative impact on the retail and wholesale trade sectors. During the second half of 2013 a slow rebound had already begun from the doldrums, supported by low inflation and signs of returning consumer confidence.

The construction sector remains a constraint in the CEE countries and the long-term poor performance of the sector has not improved during 2013. With the ‘domino effect’ it also affected other industries linked to construction, i.e. manufacturers of metals, machinery and other products and equipment used by construction companies. Factors supporting the improvement of the construction sector are not foreseen in the near future. The inflow of EU funds from the new budget for 2014-2020 will be noticed in the companies’ financial situation at the end of this year at the earliest. Additionally, companies are still reluctant to start fixed asset investments as they are not convinced about a definite end to the economic slowdown and an economic revival.

The start to 2014 reads more positive in terms of economic outlook. Coface anticipates that the average growth rate of CEE countries will nearly double, increasing from 1.1% in 2013 to 2.0% in 2014. The engine of this improvement will continue to be fuelled by the Baltic States with Latvia and Lithuania at the top of the CEE region and forecasted to grow 4.2% and 3.4%, respectively. Nevertheless the other CEE economies will also experience higher growth rates compared to 2013. The main source of growth will come from increased exports and private consumption. In this improving environment companies should feel more comfortable with their business decisions and return to fixed capital formation.

Although a recovery in Western Europe is predicted, its growth rate will be at the moderate level of 1.0% in 2014. Two stable economies will be the main drivers of this growth – Austria and Germany, which should record growth rates of 1.7% each. Both of these countries will benefit from the upturn in household consumption supported by the lowest unemployment rates within the EU, rising wages as well as growing external demand for their products.

Companies in the CEE region will benefit from the improved situation of their main foreign trading partners. It will take time before companies become less restrained with their business activities and results be seen in their financial results. While Poland and Latvia should notice a decrease in the number of insolvencies this year, other economies will experience a further increment of bankruptcy proceedings. Czech Republic, Hungary, Romania as well as Croatia and Slovenia will record the highest increases for the entire year. 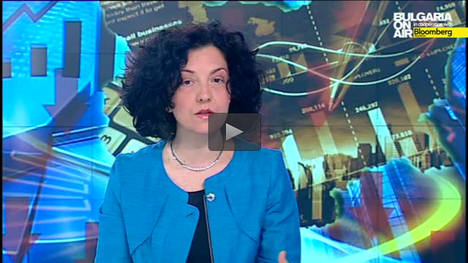